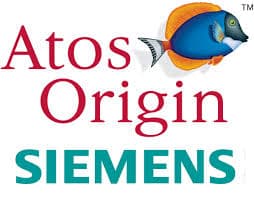 Atos Origin have been using TMA only for career interviews and professionalization. Before then, the company, which was created from BSO, the IT department of Akzo Nobel and KPN and KPMG Consultancy, worked with several assessment methods alongside with each other. ‘That’s how it had happened, but we wanted to change to one method so that all company components speak the same language and data are exchangeable.’

A feedback group consisting of eight HR members of staff who had experience with assessment compared all the systems extensively with each other. ‘Eventually, TMA turned out to be the most suitable system,’ comments Kamphuis. The report is one of the important plus points of TMA in the opinion of HR experts. ‘The glass is always half full in those written reports. And they are drawn up in a comprehensible language. Other methods sometimes use the language that might be scientifically justified but is impossible for the candidate to understand. That doesn’t motivate people.’ Kamphuis also had a more prosaic reason for choosing TMA: the pricing. ‘Within a year of doing a TMA assessment, you can do all sorts of other assessments without having to pay extra for that. So you can do a career assessment or the 360-degree feedback assessment. As a matter of fact, you get a lot of assessments for that amount of money. The reports are a good place to start a conversation about talents, competencies and career, according to Kamphuis. 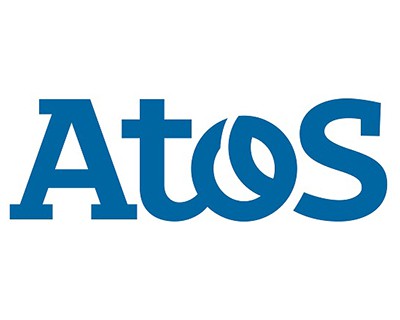 ‘It helps a lot that the employees recognize themselves in the description. They say for example: ‘It is so right. Only I would have never expressed it that way’. If the report has an effect on the employee, he’s more open to a conversation’. Kamphuis finds that the positive tone of the report does, however, demand extra attention from the HR staff member. ‘He or she has to be clear-cut on points that have been formulated in a very friendly manner.’

Kamphuis regards the collaboration with TMA as pleasant. ‘You notice that it is a relatively small company. The employees are well-motivated and rapidly respond to comments. I am a critical user, therefore I sometimes have comments. For example, concerning the way a question is formulated. They do something about it pretty quickly.’

Atos Origin, which employs 49 thousand people worldwide, uses TMA for career coaching. ‘Such a career interview can be conducted on the initiative of the line manager, HR or the employee himself. We let the employee first fill in a TMA assessment. The report is a fine starting point for the conversation.’ Also, those employees who are looking for a job in a different department within the company have to fill in the TMA questionnaire. ‘Sometimes people find they get to know themselves better by filling in that assessment,’ Kamphuis comments. ‘For example, someone who has become a line manager and remained on that position because it was all going pretty well and the status was also attractive and then he realized during the talent interview that he was actually happier as a project manager. The assessment helps to bring that to the fore.’

When recruiting new employees, TMA also plays a role. ‘We don’t use the assessment for the selection. But when someone starts working with us, after a while he fills in the TMA questionnaire to give a basis for future career development. The conversation on the basis of the report is hugely appreciated,’ notes Kamphuis.

Kamphuis also has a positive experience with the 360-degrees feedback assessment. ‘This is a valuable instrument that provides a lot of information. We use it for professionalization purposes. Together with the employees from a particular department, the nature of the functions is set out in terms of competencies. They take a TMA assessment first to inventory how the department is currently functioning. Approximately nine months later the employees take part in the 360-degree assessment and each of them has answer questions about each other. Also, other people, like customers and managers, can be involved. ‘That leads to an interesting exchange where the search is for the essence of what makes someone successful in a certain function. It makes the work more interesting for us as an HR department.’

Previously the emphasis was more in terms of weak points that the employees had to work on. Kamphuis found out that did not always work. ‘You shouldn’t force someone who is not strong in administrative tasks to do that sort of thing. There are others who are very good at that and also enjoy doing it. It works better if you find a function that match the talents that a person possesses. When you talk with an employee about his talents, he becomes enthusiastic and starts giving you examples of hobbies that fit with them.’

Work with TMA by choosing your right Partnership:

As a Consultant
you guide your clients through the challenge of implementing the best Talent Management and Career Instruments.

As an Organization, you implement the most effective instruments of TMA: Talent Management, Talent Model, Competencies, Hiring and Development Assessments into your HR Cylce.

As an Independent (Career) Coach, you make a difference by using TMA Career and Development instruments, guiding your candidates in a positive way.